We are all blissfully unaware of what is being put into our ready made processed foods.  Below are a list of the additives commonly and controversially used.  We wonder if any of us would knowingly add these to our shopping lists. 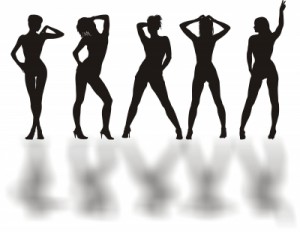 It is found in more than 5,000 food products worldwide, including diet soft drinks and sugar-free ice cream.

Although it has approved for use in most foods, many health and industry insiders claim that the decision was based on flawed tests. Animal studies have linked the chemical to lung and breast tumours and thyroid problems.

This denotes to any of hundreds of allowable chemicals such as butyl alcohol, isobutyric acid, and phenylacetaldehyde dimethyl acetal. The exact chemicals used in flavouring are the proprietary information of food manufacturers, used to imitate specific fruits, butter, spices, and so on.

Found in thousands of highly processed foods such as cereals, fruit snacks, beverages, and cookies.

The FDA has approved every item on the list of allowable chemicals, but because they are permitted to hide behind a blanket term, there is no way for consumers to pinpoint the cause of a reaction they might have had.

Is a near zero calorie artificial sweetener made by combining two amino acids with methanol. Most commonly used in diet soft drinks, aspartame is 180 times sweeter than sugar.

It is found in more than 6,000 grocery items including diet drinks, yoghurts, and the table-top sweeteners such as NutraSweet and Equal.

Over the past 30 years, thousands of consumer complaints have been received, due mostly to neurological symptoms such as headaches, dizziness, memory loss, and, in rare cases, epileptic seizures. Many studies have shown aspartame to be completely harmless, while others indicate that the additive might be responsible for a range of cancers.

Found in beer, crackers, cereals, butter, and most foods with added fats.

Of the two, BHA is considered the most dangerous. Studies have shown it to cause cancer in the fore stomachs of rats, mice, and hamsters. The Department of Health and Human Services classifies the preservative as “reasonably anticipated to be a human carcinogen.”

A corn derived sweetener representing more than 40 percent of all caloric sweeteners in the supermarket. In 2005, there were 59 pounds produced per capita in the USA. The liquid sweetener is created by a complex process that involves breaking down cornstarch with enzymes, and the result is a roughly 50/50 mix of fructose and glucose.

Found in about two-thirds of the HFCS consumed in the United States is in beverages, it can be found in every grocery aisle in products such as ice cream, chips, cookies, cereal, bread, ketchup, jam, canned fruits, yoghurt, barbecue sauce, frozen dinners, and many more products.

Since around 1980, the global obesity rate has risen proportionately to the increase in HFCS, and Americans are now consuming at least 200 calories of the sweetener each day. Some researchers argue that the body metabolises HFCS differently, making it easier to store as fat, but this theory has not been proven.

A semi-soft fat created by chemically blending fully hydrogenated and non-hydrogenated oils. It was developed in response to the public demand for an alternative to trans fats.

Testing on these fats has not been extensive, but the early evidence doesn’t look promising. A study by Malaysian researchers showed a 4-week diet of 12 percent interesterified fats increased the ratio of LDL to HDL cholesterol. Furthermore, this study showed an increase in blood glucose levels and a decrease in insulin response.

The salt of the amino acid glutamic acid, used to enhance the savoury quality of foods, MSG alone has little flavour, and exactly how it enhances other foods is unknown.

Found in chilli, soup, and foods with chicken or beef flavouring.

Studies have shown that MSG injected into mice causes brain-cell damage, but the FDA believes these results are not typical for humans. The FDA receives dozens of reaction complaints each year for nausea, headaches, chest pains, and weakness.

A manufactured fat created by forcing hydrogen gas into vegetable fats under extremely high pressure, an unintended effect of which is the creation of trans fatty acids. Processed food manufacturers like this fat because of its low cost and long shelf life.

Trans fat has been shown to contribute to heart disease more so than saturated fats. While most health organisations recommend keeping trans-fat consumption as low as possible, a loophole in the FDA’s labelling requirements allows processors to add as much as 0.49 grams per serving and still claim zero in their nutrition facts. Some progressive jurisdictions have approved legislation to phase trans fat out of restaurants, and pressure from watchdog groups might eventually lead to a full ban on the dangerous oil.

These are food dyes that are orange red and cherry red.  Red #40 is the most widely used food dye in most countries.

The FDA has proposed a ban on Red #3 in the past, but so far the agency has been unsuccessful in implementing it. After the dye was inextricably linked to thyroid tumours in rat studies, the FDA managed to have the liquid form of the dye removed from external drugs and cosmetics.

Rat studies in the early ‘70s showed saccharin to cause bladder cancer, and the FDA, reacting to these studies, enacted a mandatory warning label to be printed on every saccharin containing product. The label was removed after 20 years, but the question over saccharin’s safety was never resolved. More recent studies show that rats on a saccharin rich diet gain more weight than those on high sugar diets.

These are the second and third most common food colourings, respectively.

Several studies have linked both dyes to learning and concentration disorders in children, and there are loads of animal studies demonstrating potential risks such as kidney and intestinal tumours. One study found that mice fed high doses of sunset yellow had trouble swimming straight and righting themselves in water. Health authorities do not view these as a serious risk to humans.